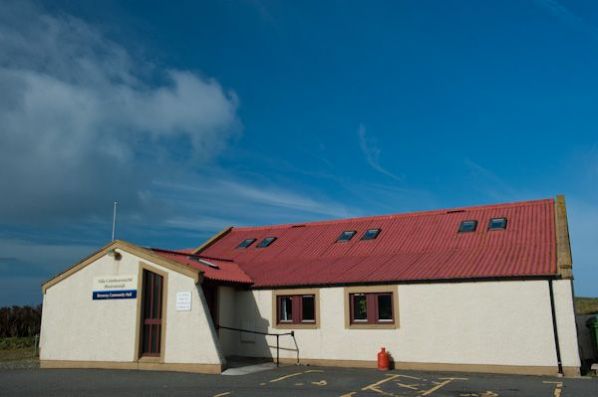 The Hall is located on Berneray at the end of Borve road and is adjacent to the machair. There is ample car parking and the west beach is a very pleasant 15 minutes walk away across the machair.

Documentary Country of Origin: United Kingdom Year Released: 2021 Run time: 14min Language: English Director: Isle Badenoch Classification: U Description: As the sun sets on the banks of the River Severn on the outskirts of an impoverished city in the UK, a group of men gather in a race to catch a vanishing creature, the elusive elver. THE ELVERMEN is an atmospheric short film shot over a moonlit night that reveals the last of a hidden community hunting an endangered fish. Screenings: An Lanntair Arts Centre, Isle of Lewis: Saturday the 24th of July at 2pm (accompanying Whale Wisdom feature). Bernera Community Centre, Isle of Lewis: Friday the 23rd of July at 8pm (accompanying Horse Thieves: Roads of Time feature). Berneray Community Hall, North Uist: Monday the 19th of July at 11am (accompanying Manry at Sea feature). Northbay Hall, Barra: Saturday the 24th of July at 5:30pm (accompanying Ice on Fire feature).

Manry at Sea- In the Wake of a dream

Documentary This is a UK Premiere Country of Origin: United States Year Released: 2018 Run Time: 1h 34min Language: English Director: Steve Wystrach Classification: PG (HIFF) Featuring: Bill Jorgensen & Steven Callahan. Description: In 1965, a seemingly typical middle-aged suburbanite in Cleveland, Ohio, threw caution to the wind and set sail on a solo voyage across the Atlantic, in a 13½ foot wooden boat called Tinkerbelle. Newspaperman Robert Manry’s goal was to sail from Falmouth in the US to Falmouth in the UK, and his 78-day epic journey will capture the hearts of ocean lovers, adventurers and dreamers alike. Screenings: Online via Indy On Demand (www.indyondemand.com): Link will be live between 19th - 24th of July. An Lanntair Arts Centre, Isle of Lewis: Thursday the 22nd of July at 5pm. Taigh Dhonnchaidh, Isle of Lewis (Outdoor Screening): Monday the 19th of July at 7:30pm. Berneray Community Hall, North Uist: Monday the 19th of July at 11am. Castlebay Community Hall, Barra: Friday the 23rd of July at 5:30pm.

The Fight for Greenland

Documentary Country of Origin: Denmark/Greenland/Norway Year Released: 2020 Run time: 1h 35min Language: Greenlandic/Danish with English subtitles Director: Kenneth Sorento Classification: 12A (HIFF) Featuring: Ane Marie Andersen, Dorthe Andersen & Erneeraq Andersen. Description: The world’s largest island has been part of Denmark since 1721, but a significant majority of the 56,000 inhabitants now want independence. Greenlanders feel that their culture and language is threatened, making it one of the main reasons behind the many suicides among young people. However, the Danish speaking Greenlanders feel discriminated against and want to keep their ties to Denmark. The film follows four young Greenlanders, who each in their own way insist on taking responsibility for the future of their country. The documentary explores the difficult balance between the right to self-determination and xenophobic nationalism, and between traditional culture and globalization. Screenings: Online via Indy On Demand (www.indyondemand.com): Link will be live between 19th-24th of July. An Lanntair Arts Centre, Isle of Lewis: Wednesday the 21st of July at 5pm. Berneray Community Hall, North Uist: Monday the 19th of July at 2pm.

Documentary Year Released: 2018 Run time: 1hr 30min Director: Victor Kossavosky Classification: 12A Description: Water is the main protagonist, seen in all its great and terrible beauty. Mountains of ice move and break apart as if they had a life of their own. Kossakovsky's film travels the world, from the precarious frozen waters of Russia's Lake Baikal and Miami in the throes of Hurricane Irma, to Venezuela's mighty Angel Falls in order to paint a portrait of this fluid life force in all its glorious forms. Fragile humans experience life and death, joy and despair in the face of its power. Screenings: Berneray Community Hall, North Uist: Monday the 19th of July at 8pm.