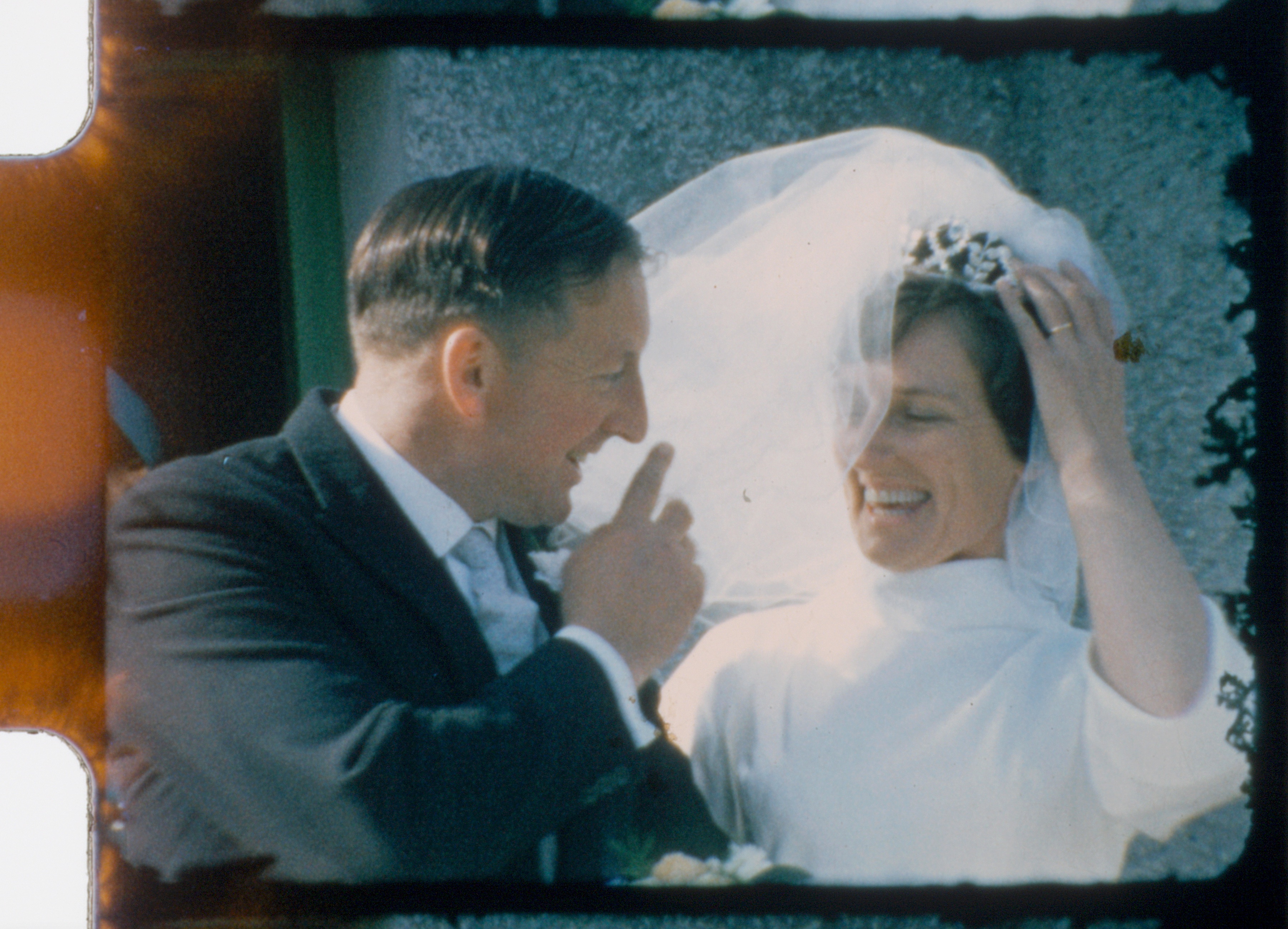 The FAODAIL | FOUND Outer Hebrides Archive Film project has, thanks to the most generous donations to the crowdfunding campaign, digitised the Berneray 8mm archive film collection, donated by Gloria MacKillop, to a superb 4k definition quality.

Gloria MacKillop was delighted to see for the first time footage of her 1968 wedding. The silent 8mm colour films, shot over two decades (1960-78) by Bill & Ann Scott during almost annual family holidays in Berneray, document many aspects of island life at that time including sheep shearing on small islands in the Sound of Harris, the arrival of the coal boat and often repeated scenes of leaving Berneray around the pier.

These screenings will feature 30 minutes of extracts from the collection

An Lanntair Arts Centre, Isle of Lewis: Thursday the 22nd of July at 5:30pm (accompanying Manry at Sea feature).