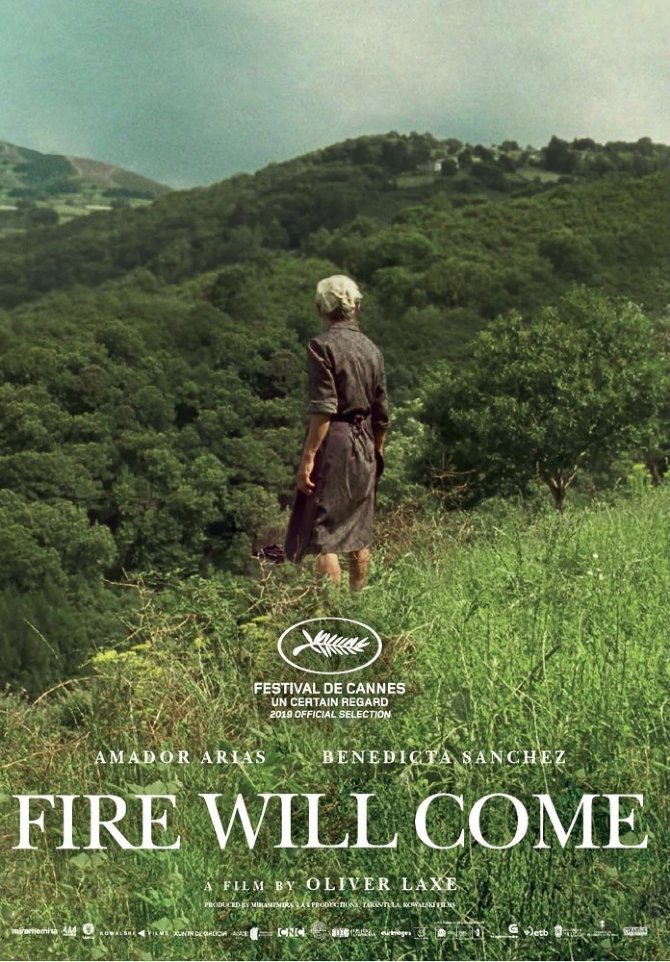 Amador (Amador Arias) has been imprisoned for setting fires. When he is released from prison after two years, nobody is awaiting his return. He moves back to his hometown, a small village hidden in the mountains of rural Galicia, to live with his elderly mother, Benedicta (Benedicta Sanchez), and their three cows.

Life goes by slowly and simple, domestic routines are carried out daily. There is hope that tourists might travel to the region, as a group of villagers begin renovating local accommodation. Amador has a chance encounter with Elena (Elena Fernandez), a local veterinarian who has been studying abroad, which hints at a possible romance or at least a meaningful human connection. The rhythm of nature persists until one night when a fire starts to devastate the region and Amador is unfairly blamed for it.

An Lanntair Arts Centre, Isle of Lewis: Friday the 23rd of July at 11am.